A tax release form is a document which contains authorization of an individual granted to the federal administration for the release of important tax related information. 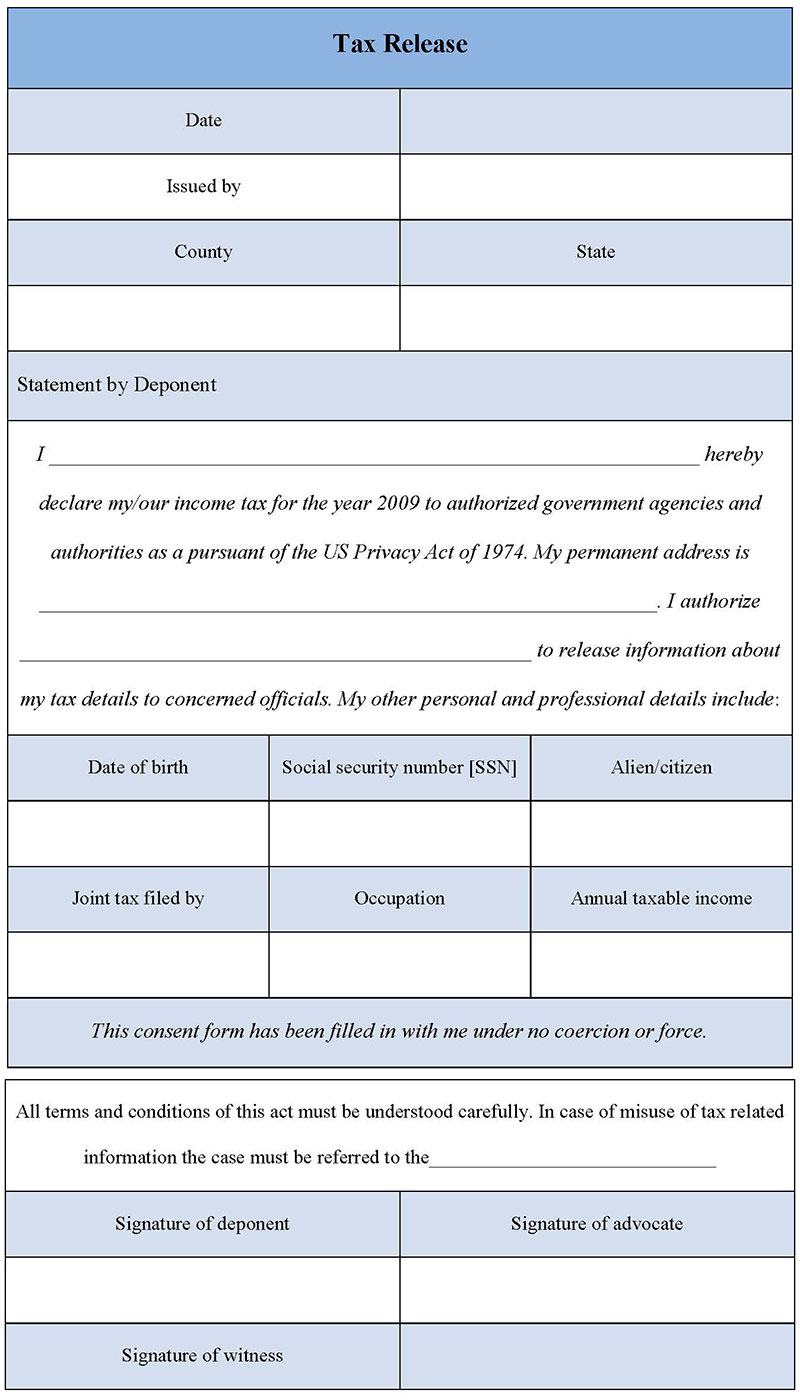 If you are having problems downloading a purchased form, please Contact Us and include your receipt number and the exact name of the form you purchased, and I’ll email you a copy.

Executor of Will Form PDF